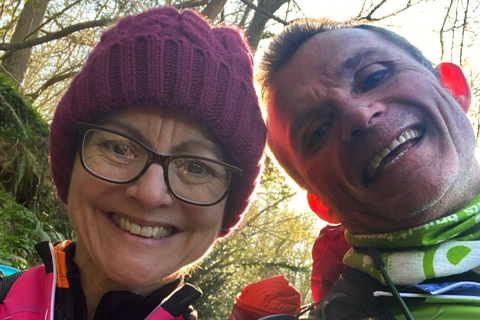 After an enjoyable morning walk with the dogs and wondering what we could do during the Easter break the Cotswold Challenge was born. Now perhaps it was the coffee or the excitement of setting the challenge, as I am still not sure how we decided on doing 102 miles in 30hrs. Nonetheless, we did wonder why when we asked people to join us, they politely declined! Now in hindsight I can see why completing the Cotswold Way which includes 4,573 m of elevation in 30hrs was a tad optimistic as a hiking challenge.

Needless to say, we had to march at the set off to reach any of our targets which was probably quite comical and confusing to watch as people were leisurely taking in the views whilst we stomped past wishing them a good morning wearing our slam69 cycling tops. We met some amazing supportive people on our jaunt who were fascinated to hear that we were attempting to do the whole Cotswold way without stopping for sleep. I will never forget one family who were having a discussion about us as we were standing next to them basically it went like this:

Dad: Non-stop you will never do it, at least the helicopter will be able to see you! (I can only presume the reference was about the bright tops we were wearing)

Daughter: Dad have you not seen them!

It was very bazaar.

Although we were able to keep up a brisk pace and our energy levels were high and our minds were strong, the feet were not! After 48 miles (1900m of climbing) Anton’s feet ran out of space for blisters to appear! We had managed to keep up a moving time of 14hrs 20min with an elapsed time of 17hrs 15minutes. The problem was that the Cotswold way went past our front door, so we did not even have to do the phone call of shame. We basically opened our front door said ‘hey’ to the dogs then went to bed. This was no easy feat as we both felt disappointed and frustrated, not to reach our goal. Nonetheless, we are a team, and we made the decision together to ensure we could come out and play together again sooner rather than later.

I love being outdoors and hiking, so this challenge was definitely up my street 😊.

I really enjoyed talking to people on the way and listening to their stories about how they had completed the Cotswold way. I had to be dragged away a few times!

My feet were OK although I did get a blister or two and hot spots but nothing drastic. However, my left knee started to refuse to work going downhill at about mile 46 which was frustrating as the rest of my body and mind was shouting at it ‘to buck up and get moving’. I even started walking downhill backwards which was quite difficult in the dark down a vertical slope at 1am. Never mind I know what I need to work on, or Nick Lane does (Proview sport) 😊.

I also struggled to eat on the move and felt quite nauseous, although I have read that it is how one constantly feels during the SRMR and the AR World Champs so it was apparently good training! Although the expedition food Macaroni Cheese was amazing and I am tempted to do the Cotswolds way again sooner rather than later just to justify eating it again.

My feet are literally covered in blisters. I also have blood blisters under 5 toe nails, including both my big toes. I would say I let the side down drastically on footwear and for all our adventures I have never had toes issues – rather now than in a race. My rationale at 2am went like this… if it was a race or competition I would undertake some radical DIY medical care and continue on gritted teeth as Julie and I have done many times before. My body, energy levels and mind-set were in a really good place. However my rational brain said… okay Anton; go on and be stubborn, but realise you cannot train for a week or two afterwards! Mmm. I did the walk of shame home – rational brain won the day and here I am writing this before going out with the dogs for walk (albeit slowly) whereas this might not have been the case for at least a week (or two).

What worked well and what did I learn

Thank you to Nick Lane from (Proview Sports) – my hips, hinges, quads and overall body feel like I have literally been out to do the groceries. This is a complete revelation. Thank you.

I kept moderately well hydrated using Torq Fitness hydrate, although I would say I never drank enough. It was warm and windy and next time I need to drink more.

I never ate enough. I lost half a stone (3.4kg) burning just shy of 8,000 calories. Whilst I tucked into an Expedition Foods high calorie meal on the hoof (amazingly easy to make and tasty), I found eating and moving challenging. Not only did I keep stabbing myself with the spork, I bit my lip a few times. I am also definitely a ‘carb person’ and not a ‘fat person’. So much is written about the different diets for endurance sports including even the metaphor of ‘Snicker bar currency’ – or how many hours or miles one can cycle on a Snickers bar. My body responds so much better to carbs.

I also reverted back to our old favourite – mixing full fat coke with water for sipping on. This works really well for me as a side hydration to Torq Fitness hydrate.

I want to thank Fjern for their support, sponsoring Julie and I an Aktive down jacket. It fitted snugly, kept me really warm when the temperatures dropped to just above freezing and our core bodies were working hard. Moreover I love the Raspberry Red colour.

The headlights from LED Lenser were bright, the batteries lasted well, easy to use and lightweight.

Whilst my MDS rucksack has done me proud over the past 7 years, it is time to move on and evolve to something less ‘faffy’ – so watch this space for the evolution of our rucksack ideas.

Finally to friends and family (and extended family of Slam69) – thank you for your support.

Needless to say once I have tweaked my footwear and worked on our niggles, we will revisit the challenge! 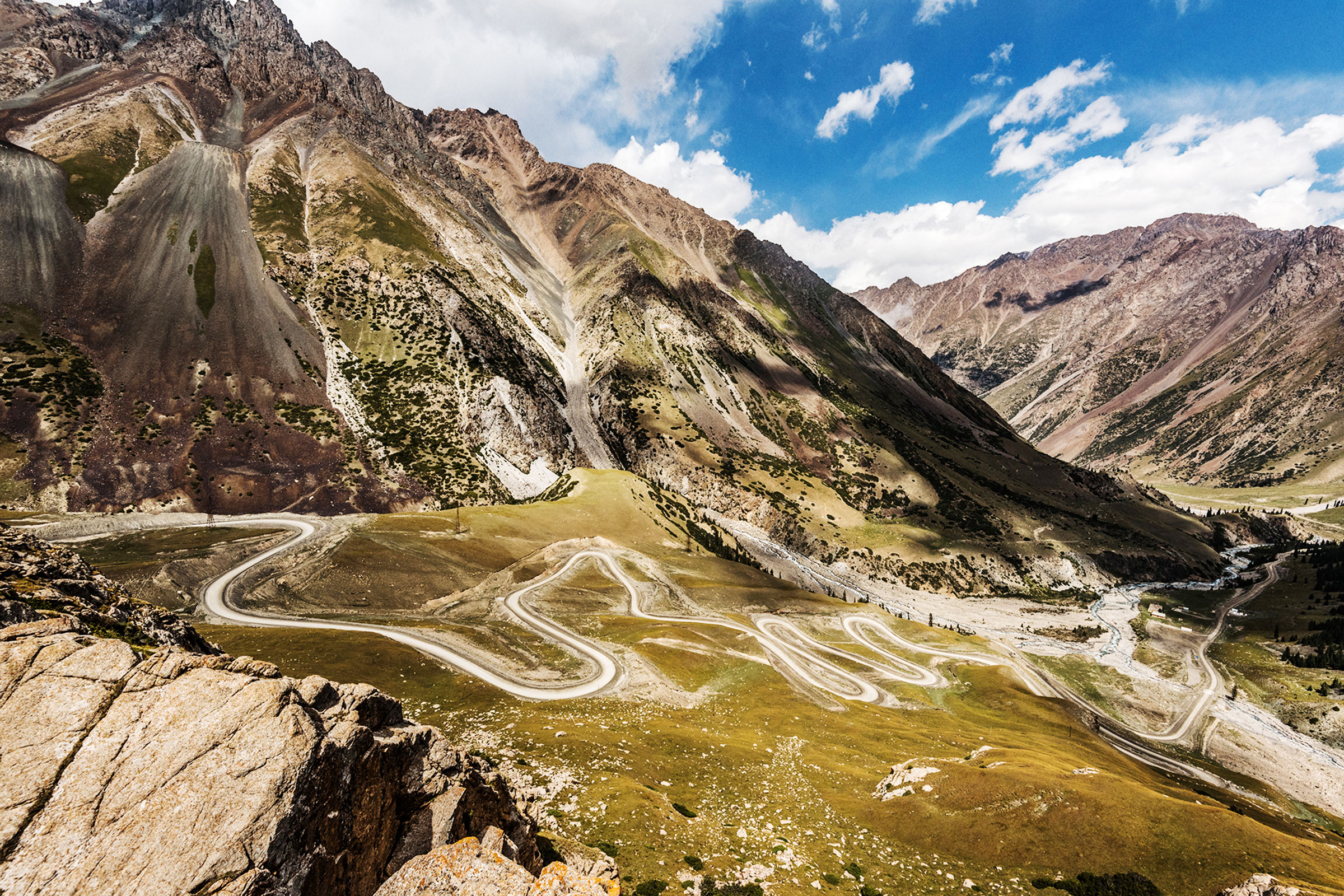 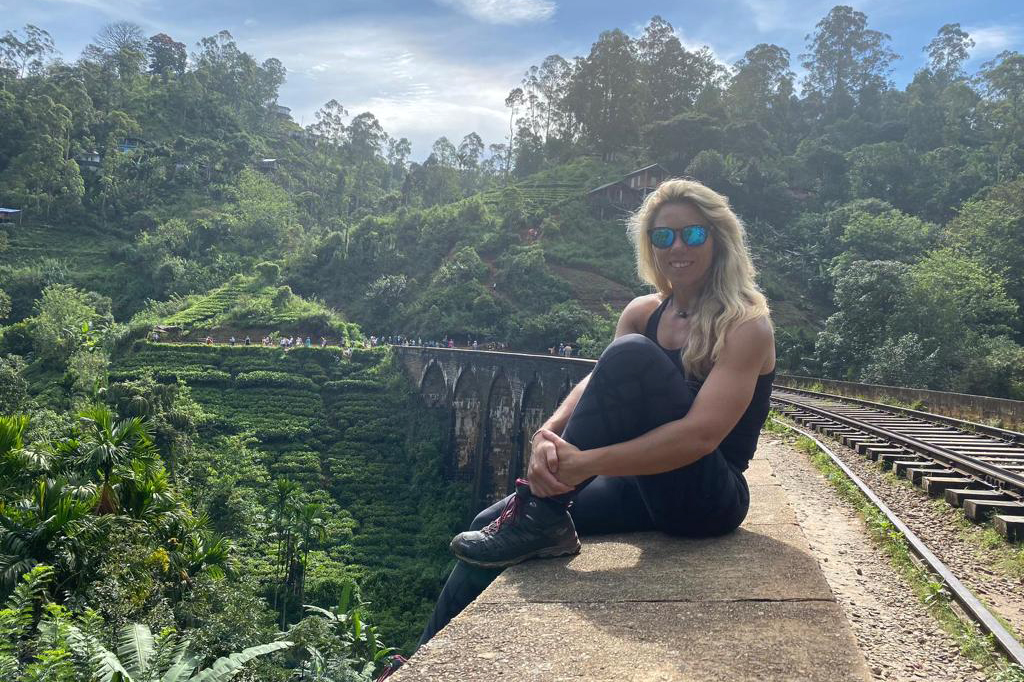